I wrote a song on my Holy City CD called "Oh, My Niánn" with a sentence that says these words, "Oh, my Niánn, if I knew it was going to be so hard, I'd probably try it a lesser way, and miss that heavenly bliss."

Often, through pain, God blesses us with something that seemingly is intangible, but yet strengthens the character of the soul and connects us more closely to the eternal other side. When my 7-year-old daughter died in 1977, I had already known God to some degree, but with her passing, I felt closer to the other side and I knew where she was. But other deep pains that I felt since then have taken longer to understand.

I have learned that certain people you can love with all your heart and they don't love you in return. Some of those people even want to hurt you. I have felt the continued pain for years of misrepresentation of my character and my teachings and of our community's lifestyle—often outright lies so horrible as to be compared to putting a gun to my head and pulling the trigger. And often these people don't even sign their names to their lies.

I have learned, trying to be a healer of the soul, that if people don't want their souls healed, they will run and defend their own hearts of darkness. Some are in error and blind to their own participation in evil, while others know exactly what they are doing. This is called "iniquity." The words of Jesus on the cross I hear often, "Forgive them Father, for they know not what they do."

I guess to those who watched Jesus be crucified, knowing what a good man He was, they could not believe that God would allow His crucifixion. So many good and beautiful souls throughout history seem to have died and suffered innocently in so many ways. Yet God allows it. He allowed the Holocaust, and various kinds of atrocities against humankind still continue to this day. I also hear the words: "How many times should we forgive them, Jesus?" said Peter. "Seven times?" Jesus said, "I tell you Peter, not seven times, but seventy times seven."

Jesus' other words of truth I have heard often for years, "Turn the other cheek." Love often is simply doing just that and not retaliation. Revenge is never right. Revenge only leads toward more hatred. I look forward to the day when all misunderstandings are understood in the light of God's higher love. That day is coming. If you can take 23 minutes more of your time, watch my teaching called "A Vision of the New World to Come," I hope you would find new hope for tomorrow. 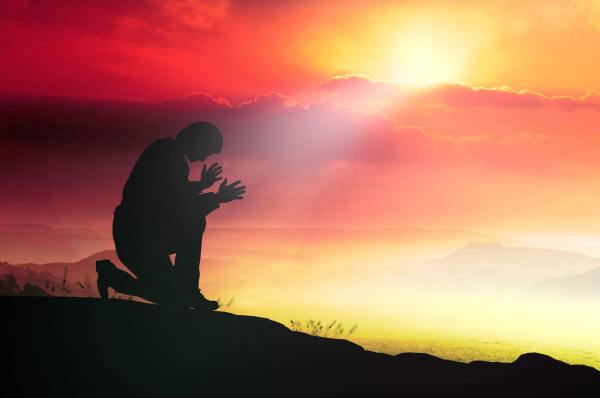